Wow does time fly! This post is much delayed for two main reasons – lack of internet during fieldwork and a crazy busy travel schedule. In the past two months, I’ve been all over Arizona doing fieldwork and then I traveled to Pennsylvania, Connecticut, and South Carolina! Now I am in Peru. But more on all that later!

This post is a follow up on my earlier post on field work fails (Getting stuck in the mud without pants), but instead of a single story, I will present a series of photos documenting failures and mini stories explaining each one. I hope you enjoy!

#FieldWorkFail Number 1: Centipede in the sink

Whenever you are doing fieldwork, you should expect to have many different encounters with wildlife, whether you want to or not. However, this was something I was not expecting. After washing my dishes at a field station in the Mohave desert of Southern California, this roughly 8-inch long centipede crawled out of the garbage disposal. It scared the s**t out of me! I did not kill it though; I managed to scoop it up in a dust bin and throw it outside. It was only afterwards that I learned this was a Scolopendra, which can have very painful bites that sometimes result in hospital visits. Luckily I was not bit. 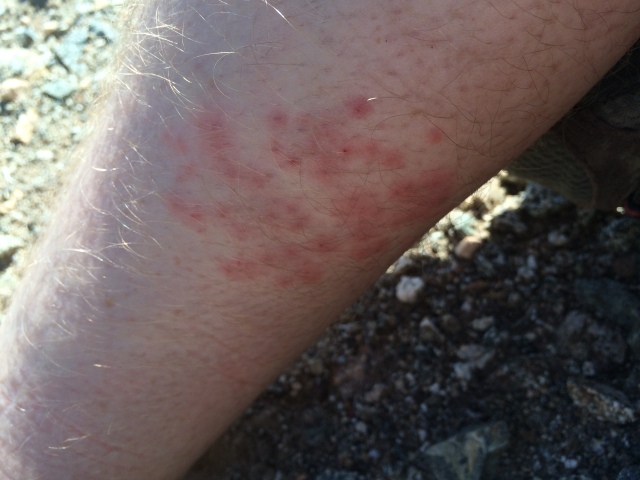 At the same field station, I had the unfortunate luck of running into a teddy bear cholla. In case you do not know what these are, here is a picture of some:

These cacti have a very misleading name. Even though they do want to give you a hug, do not let them because they will hurt and make you bleed. And typically the only way to get the huge ball of spikes out of you is with pliers.

#FieldWorkFail Number 3: The bird who pooped all over my car 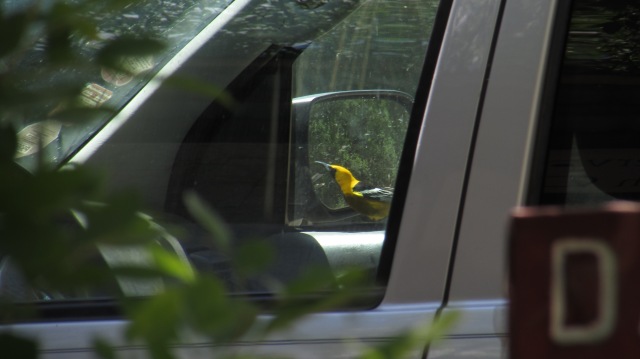 When I was down in Southeast Arizona, I was fortunate enough to see many cool and rare birds. In this photo, you can see one of the interesting birds I saw – the hooded oriole. When I first saw it, I got very excited and took many pictures. Then I saw it attacking itself in my car’s rearview mirrors, and I thought it was amusing. However, the next day when I went to check on my car, I found poop all down the sides of my car where the bird had been attacking itself, which took forever to clean off. Lesson learned – when birds get mad, they poop everywhere and it is no longer amusing.

#FieldWorkFail Number 4: When I thought I lost a captive bird

Keeping animals in captivity when in the field can always be a bit nerve racking. What if they get attacked by something? What if they escape? What if they get too hot or too cold? etc. These are some of the many questions that go through my mind when I have hummingbirds in captivity, despite having great success at doing so with many species. But when I saw this roadrunner with something dead in its beak run from the barn I had my captive hummingbirds housed in, I panicked. I raced to the barn only to find all my cages intact and my birds safe. I then zoomed in on the photo and realized it was a dead mouse in the roadrunner’s beak. Heart attack avoided!

Note – when I keep hummingbirds in captivity, they are inside individual cloth mesh cages that are hung inside a large screen tent for double protection. I also check on them regularly and keep them in safe places, such as a barn. And all of my captive work is approved by the US Fish and Wildlife Services, Arizona Game and Fish, Arizona Institutional Animal Care and Use Committee, and the field stations at which I work.

When I first started working with hummingbirds, I tried many different things to get them to do their courtship displays. Some species have been known to court hummingbird mounts, and so I attempted to present a mounted hummingbird to a broad-tailed hummingbird male. I expected the male to either display to the mount or attack it, which are two very normal hummingbird behaviors both of which I have observed. Instead, this male flew up to my mount, and used its bill as a perch. And it just sat there, staring at me. This was entirely unexpected and very strange. After this incident, I decided to scrap that method and have never used it again, but at least I got some interesting photos from the situation.

#FieldWorkFail Number 6: I hate the wind

When I am doing fieldwork, my number one mortal enemy is the wind, even above ants! And that is because of moments like the one captured in this photo. Here I was simply trying to trap a male hummingbird using a caged female and feeder as a lure, when it suddenly got really windy, blowing my cage around, and making the nets flap like crazy. All of this movement scared the male away, and I never caught him. I ended up having to stop work early that day too because it was just so windy. So yah, I hate the wind.

And those are some of my #FieldWorkFail captured on camera. I hope you enjoyed it, and I will blog again soon with travel updates and maybe some cool pictures from Peru!