While I was doing fieldwork near Lake Tahoe I took a couple days off to explore the surrounding areas. Of course the first trip I took was to visit Lake Tahoe itself, and it was an amazing trip! 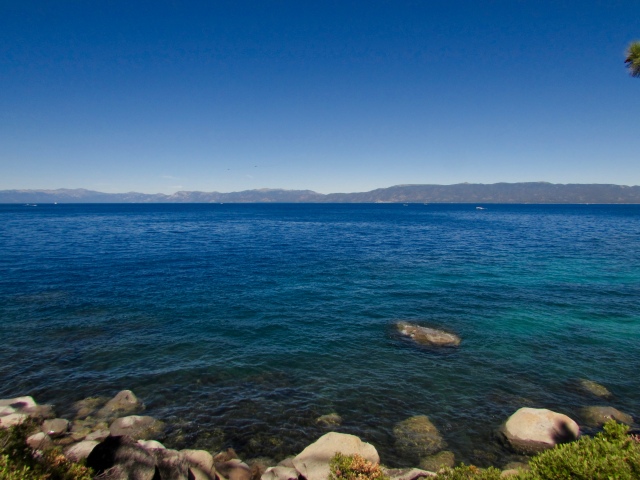 My adventure occurred at D.L. Bliss State Park near Emerald Bay in southern Lake Tahoe. This park has a trail that essentially goes around the entire perimeter of Emerald Bay, which is one of the most famous and pretty areas along Lake Tahoe. The trail was called the Rubicon trail and I hike it for around 13 miles total (to the end and back). Along the trail I was able to do some great birding and see some spectacular views of the lake. This is truly one of the most beautiful places I have ever been. Below are several pictures of Lake Tahoe and Emerald Bay from a variety of viewpoints. 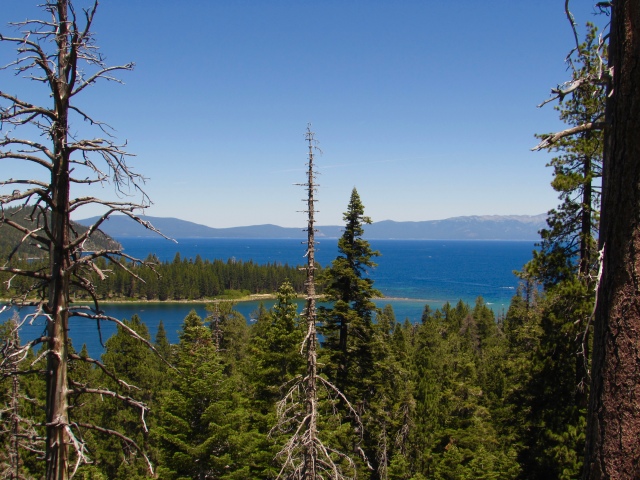 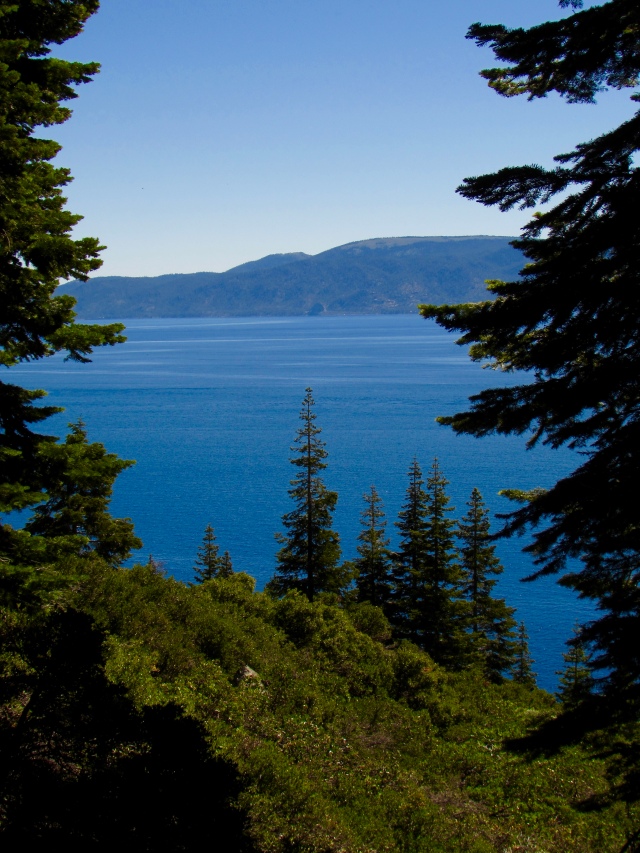 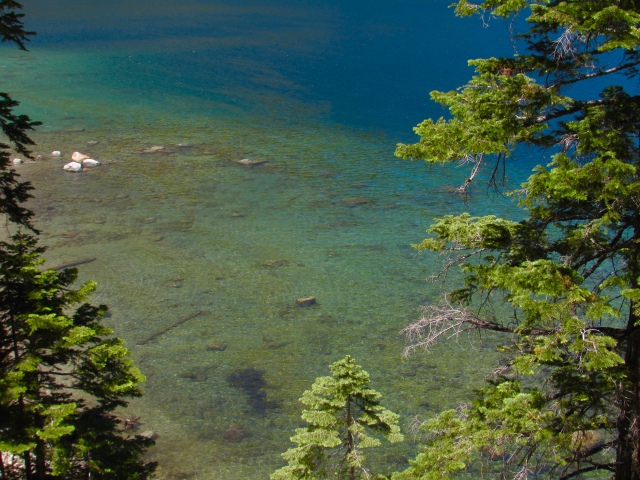 Where Emerald Bay gets its name.

One of the most striking elements of this hike (aside from the lake) was the trees. There were many massive trees, and the forest community kept changing as I moved along the bay. Some areas were dominated by Jeffery pines, while others were very mixed and full of giant cedar trees.

A stream that flowed through a forest from the mountains into the lake, full of pretty waterfalls.

One of the giant cedar trees. 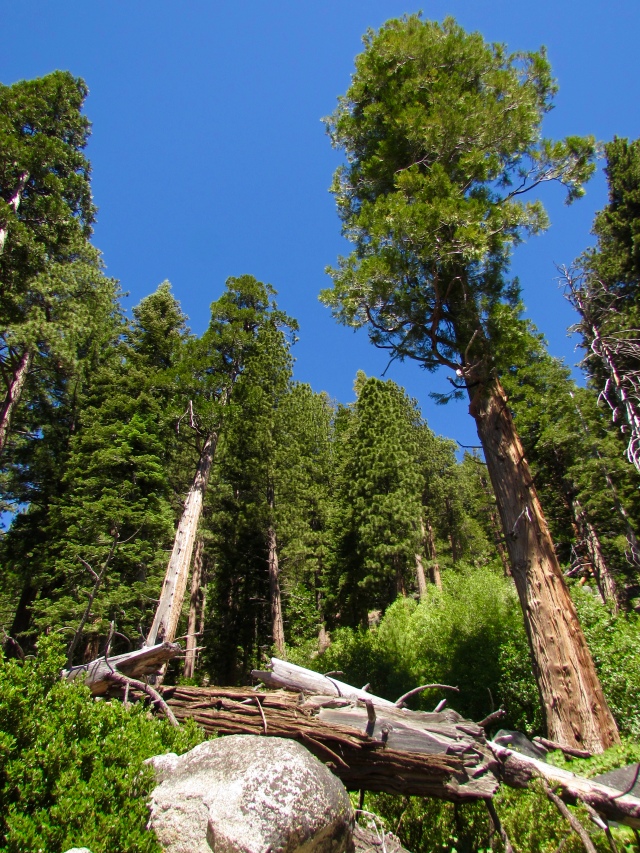 More of the very tall trees found at various points along the lake.

A view of the forest along Emerald Bay.

A view of the forest along the lake.

A very pretty orchid I found near the shore.

A funny surprise I found along the trail.

I was also able to do some great birding here and picked up a few lifers, including a Townsend’s solitaire and white-headed woodpecker. Many of the birds were high up in the tall trees, so I did not get too many good pictures, but here are a few. 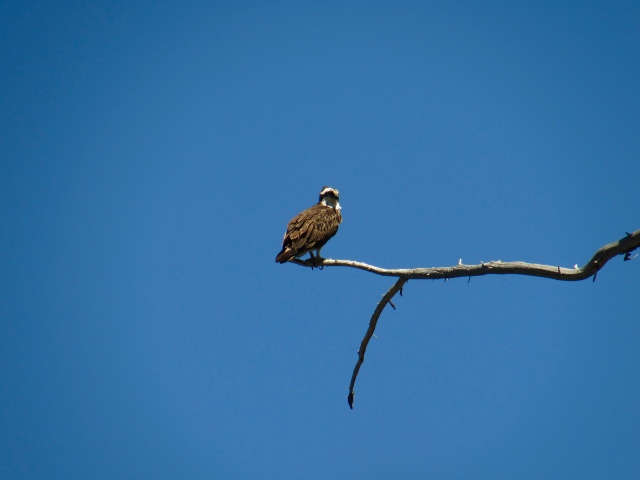 There were many osprey nesting around the lake.

A female common merganser cleaning herself in the sun. 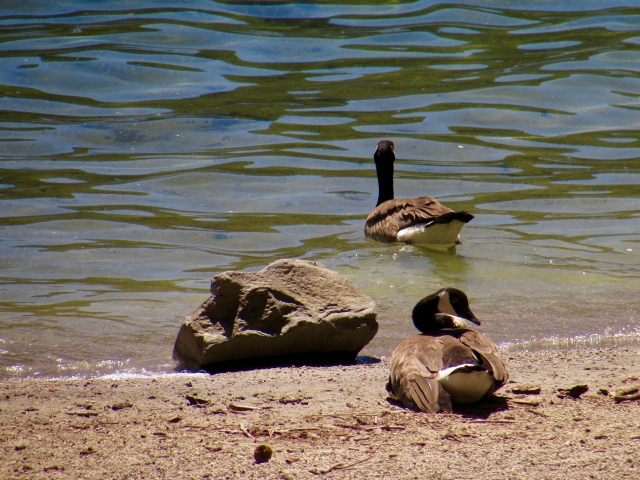 Two Canada geese hanging out near the shore. 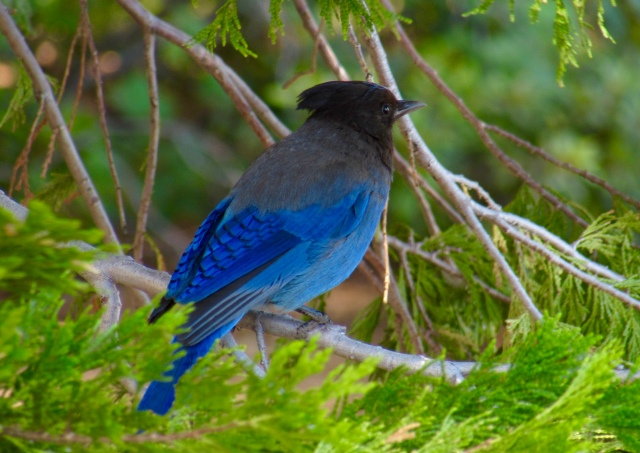 A great close-up of a Stellar’s jay.

If you ever visit Lake Tahoe, I highly recommend this hike. While there were some places along the trail where there were a larger number of people (near campsites), I mostly had the trail to myself. This was a great trail to get some amazing views of the Lake and see the diversity of forests around it.