In the end, things went very well, and the film crew seemed to have gotten all the shots they wanted. But before I get into how everything went, I wanted to give some background on the broad-tailed hummingbirds. 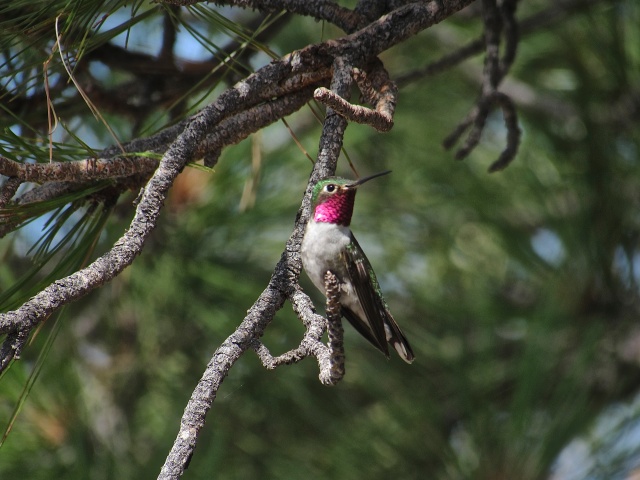 Broad-tailed hummingbirds are part of a subset (~36 species) of all hummingbirds (330+ species) called the bee tribe. The bee hummingbirds are unique because they are widespread across North, Central, and South America, whereas many other hummingbird tribes are only found in Central and South America. They are also typically very small, ranging from 3-4 grams. The bees are also the group I am focusing on for my dissertation. The reason for this is that most of the species in this group have both colorful throat plumage (also called a gorget) and stereotyped courtship display behaviors. Most species have two types of display behaviors: the shuttle and dive displays. The dive display is when a male flies high into the air, sometimes over 100 ft, and then plummets down towards a female, pulling up near her and flying back high into the sky to repeat the behavior. During this dive display, the male opens up  his tail, which males a sound. The other display is called the shuttle display, which is the focus of my work. During this display a male hovers back and forth in front of the female with his gorget flared and facing her. Across the species in bee hummingbirds, there is a great diversity of coloration and there is quite a bit of variation in their courtship displays, especially the shuttles:
Costa’s – https://www.youtube.com/watch?v=_bdEma-rnS8
Black-chinned – https://www.youtube.com/watch?v=j_Xf3tnQJqg
Broad-tailed – https://www.youtube.com/watch?v=FWWuhbVF_qM

Like I mentioned above, broad-tailed hummingbirds are part of this tribe, and thus have a colorful gorget and their own versions of the shuttle display (see link above). This species is one of my favorites, partly because they were the first I worked on, but also because they are high elevation specialists, which means I get to do my fieldwork in the mountains! I’ve typically found this species from 5,000 to 7,000 feet, but I know I’ve seen them as high as 9,000 feet. They mostly occur in Arizona, Nevada, and throughout the lower Rocky Mountains (New Mexico, Colorado, Utah, Wyoming), but they also have footholds in several other states like California. I’ve found them in a range of habitats from alpine meadows to piñon-juniper forests to mixed-coniferous forests, like the following pictures. 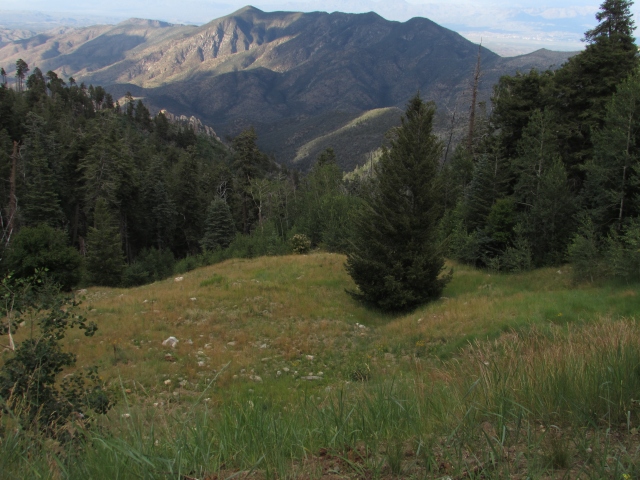 They are common visitors to feeders at high elevation towns as well. Broad-tailed hummingbird males, like some other species in the tribe, make near continuous trill noises when they fly, created by their wing feathers, which is actually quite pretty to listen to. The sound is quickened and amplified during their shuttles, as you can hear in the video. Here is another video, though not the best quality, of a male shuttling. This video is looking at the male over the female’s shoulder, but it is not focused on the male because he is moving too fast for my camera.

This video is also what the film crew was working to capture, though they have a $50,000 dollar camera that films at 4k, so it will be much much much higher quality. They also filmed the male displaying at an angle without the cage in the view. Luckily, on the last day of filming, we found a very cooperative male who shuttled many times for us and in the right spot, which allowed the film crew to get all the shots they wanted. 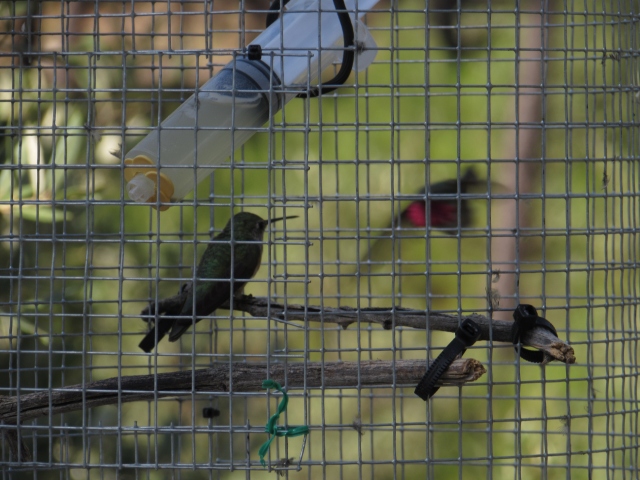 Overall, it was a great experience to work with this crew, and I learned a lot about the process to make a nature documentary from start to finish. I really hope to work with the Coneflower Studios again, and I will let everyone know when the documentary will be shown on PBS and out on DVD! Below are some pictures of the crew in action. Coneflower studios producer Ann Prum manned the camera, while associate producer Melanie Quinn was recording audio and helping me with the cage set up. The little camera to the side is mine.

← I PASSED!!!!
My advice and tips on studying for comprehensive exams →